Two University of Virginia students will study next school year in Europe and Africa, thanks to the Gilman Scholarship program.

Monica Sandoval-Vasquez, of Manassas, will study engineering at Valencia Polytechnic University in Spain, while Jenna Owens of Perris, California, will travel, study and work on an independent study in Kenya.

“Many students wrongly assume that they cannot afford to study or intern abroad before they explore the resources available to them,” said Andrus G. Ashoo, director of UVA’s Office of Citizen Scholar Development. “We are working on correcting that by highlighting opportunities such as the Gilman. We look forward to working with more Gilman candidates this fall.” 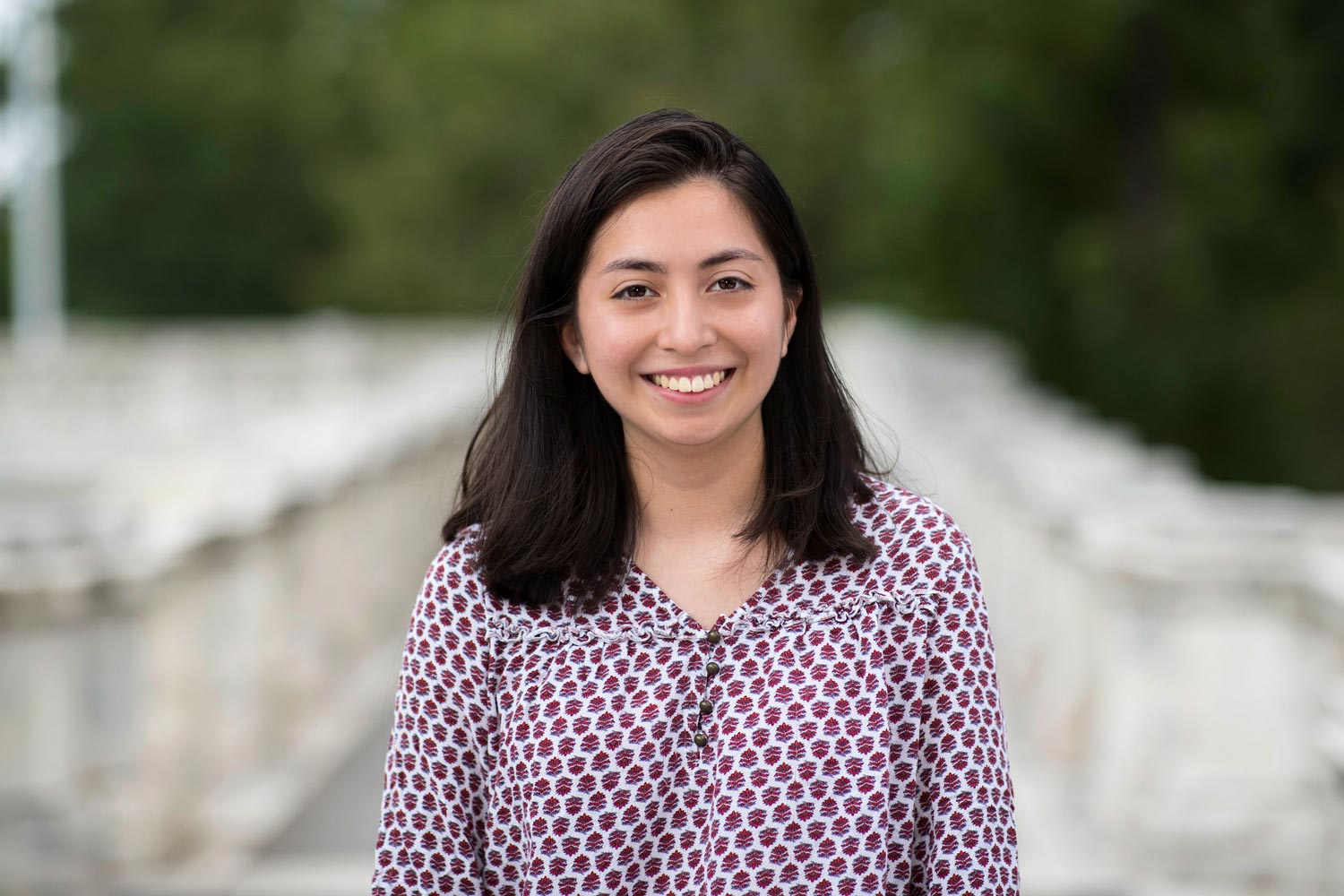 Sandoval-Vasquez, a rising second-year computer science major in the School of Engineering, will spend the fall semester as part of the UVA in Valencia program, taking courses in discrete mathematics and software development methods at Valencia Polytechnic University.

“I chose to study abroad at Valencia because I had heard great things about Spain from a close friend who also studied abroad in Spain,” Sandoval-Vasquez said. “The main reason I wanted to go to Spain was because it is a Spanish-speaking country, and as a native Spanish speaker, I knew that it would be a great opportunity to not only improve my Spanish, but to also become more comfortable and confident in speaking Spanish outside of just with my family. I wanted to be completely surrounded by the language.”

Sandoval-Vasquez fell in love with computer programming while in high school. “After taking my first programming class this past spring semester, it confirmed my interest in continuing to learn more about computer science,” she said.

A Blue Ridge Scholar, Sandoval-Vasquez is a member of the Society of Hispanic Professional Engineers and of the QuestBridge Scholars at UVA, a national nonprofit that connects high-achieving, low-income students to universities around the country. She is also a member of HackCville. A graduate of Osbourn Park High School, her eventual goal after graduating is to work on government computer systems and network security in the Washington, D.C., area.

Alara Bedir, a rising fourth-year systems engineering major and president of the QuestBridge Scholars at UVA, met Sandoval-Vasquez before she began her first year at UVA.

“At the beginning of the program, she had a quiet-but-approachable presence,” Bedir said. “She was never hesitant when it came to participating in class or reaching out to me with questions. By the end of the program she had an exuberant friend group that would prioritize studying together and spending time together during their free time.

“I have no doubt that she will excel in her studies by putting in the same adaptable mindset and persistent effort that awarded her within the Gilman Scholars and QuestBridge Scholars communities,” Bedir said.

Jerrold Floro, an engineering professor who taught Sandoval-Vasquez in his “Introduction to Material Science” course, said she is a dedicated student who cares about learning.

“My class was taught in a team-based environment, and while many of the first-year students were resistant to collaboration, Monica and her team were awesome, figuring out how to stitch five very different personalities into a cohesive whole,” Floro said. “She strikes me as a quiet person, focused on her schoolwork, but also someone who is friendly and smiles often.” 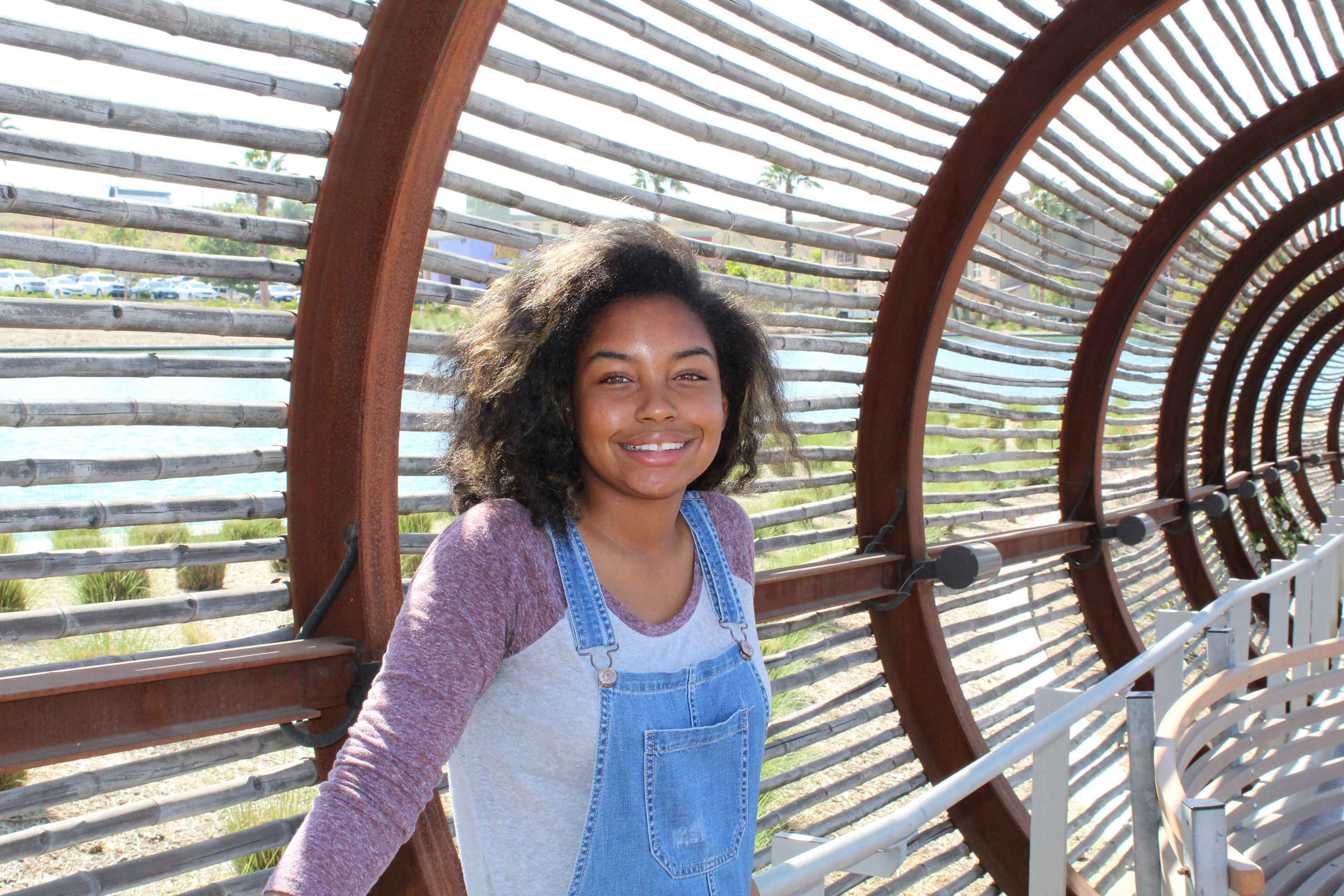 Owens, a rising third-year student who plans to major in African-American and African studies, said going to Kenya will improve her Kiswahili (also known as Swahili) language skills and give her greater insight into Africa.

“I applied for the scholarship because one of the main purposes of it is to allow students who usually would not be given the chance to leave the country a chance to explore the world,” Owens said. “They also urge students to study in countries with critical need languages. Swahili is considered a critical need language. The scholarship is very purposeful in wanting the students to be able to dive into another culture and learn firsthand about the people, history and more.”

Owens is participating in the overseas program through St. Lawrence University, taking classes on culture, environment, history and development of East Africa, as well as Kiswahili, from professors from the University of Nairobi. She will also have a monthlong independent study of her choosing.

“I would like to work with a Kenyan non-governmental organization,” Owens said. “I want to help people help themselves. The type of organization I would volunteer at would actually help the native Kenyans, themselves, gain specialized skills to help their country move forward developmentally. The point of the organization is not to take over and fix things themselves, but to give the natives the resources to help their country, community, or simply their family develop.”

While in Kenya, Owens will travel and stay with families in rural, urban and coastal regions.

“The purpose of staying with families in multiple different areas in Kenya is to get a more in-depth experience and look at the different cultures within this small corner of Africa,” Owens said. “Much of the developed world generalizes all of Africa to a simple idea, when in fact, Africa is one of the most complex continents, environmentally, culturally and historically.”

Cynthia Hoehler-Fatton, an associate professor of religious studies, describes Owens as a sharp, engaged student with a lively curiosity about other countries and cultures.

“When I learned that Jenna was taking Kiswahili and was determined to complete two full years of coursework in the language, I urged her to consider traveling to Kenya or Tanzania, where she could put her newfound skills to the test,” Hoehler-Fatton said. “Jenna is poised to take full advantage of her upcoming semester in Kenya. She is eager to study African histories, cultures and arts and looks forward to interacting with – and learning from – Kenyans in a variety of different settings.”

Anne Rotich, an assistant professor of African-American and African studies, said Owens has demonstrated herself to be a diligent and intellectually curious student who was always asking thoughtful questions.

“She is committed to her studies and was eager to learn Swahili,” Rotich said. “Jenna is friendly and gets along with other students. When I met her on the first week of class I realized that she is always smiling and very positive in her demeanor, which will benefit her experience in Kenya.”

A recipient of an International Student Office scholarship, Owens is a member of Blue Ridge Campus Ministry and I Was Hungry, a volunteer organization that collaborates with a local food pantry to deliver food to lower-income neighborhoods in Charlottesville.

A graduate of Rancho Verde High School, Owens hopes to volunteer with Peace Corps and work with humanitarian organizations after graduation.